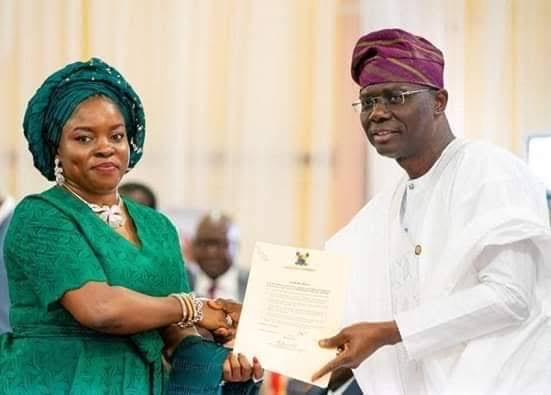 Lagos State Government has begun the recruitment of eligible and interested candidates for the batches four, five and six of its Lagos Agripreneurship Programme (LAP), under its Agriculture-based Youth Empowerment Scheme (Agric-YES).

The State Commissioner for Agriculture, Ms. Abisola Olusanya, who disclosed this, noted that the programme was in furtherance of the State Government’s objective of training no fewer than 15,000 youths and women in the various agricultural value chains by the year 2023.

She pointed out that the one-month training exercise is aimed at improving capacity, creating wealth and employment in the agricultural value chains – poultry, piggery, aquaculture and vegetables.

According to her, the strategic inclusion of the LAP Programme would efficiently reduce unemployment, create jobs and alleviate poverty in the State, as well as attract and pay more attention to the creation of jobs for women in agribusiness.

In her words: “Following the training of a total of 400 participants under three batches of the Lagos Agripreneurship Programme, L.A.P, Lagos State will begin the recruitment and shortlisting of interested candidates for the Batches four, five and six of the Programme.”

“The current reality and exigencies of job creation for the teeming youth population and attainment of food security requires that a more aggressive, strategic and efficient approach be employed in the training and empowerment of women and youth, if Lagos State is to achieve a significant reduction of unemployment, create more jobs and wealth and also significantly enhance food security in the State by the year 2023,” Olusanya said.

The Commissioner noted that the significance of the training would be the creation of 2000 Agro-Entrepreneurs who would, in turn, become job creators, promote food security, improve nutrition and general well-being of Lagosians, as well as create at least 4000 indirect jobs per beneficiary annually.

Other expected impacts, according to her, are the enhancement of the economic activities of the surrounding communities, reduction in the overall rate of unemployment, reduction in crime rate within the State and promotion of the State’s target of producing at least 25 per cent of the food consumed by residents before end of the year 2025.

Olusanya added that interested participants are also expected to sit for a written examination on Monday and Tuesday, 14th and 15th of December, 2020, while oral interviews would take place on Friday and Saturday, 18th and 19th December, 2020.

Shortlisted successful candidates will start the formal training at the Agricultural Training Institute, Araga, Epe, on Tuesday, 5th of January, 2021

Previous Posts 300 Oyo North Trainees In Makeup And Cosmetology Smile Home With Startup Packs, Certificates And Cash.
Next Posts I will work with Gbajabiamila to implement legislative agenda — Akubueze