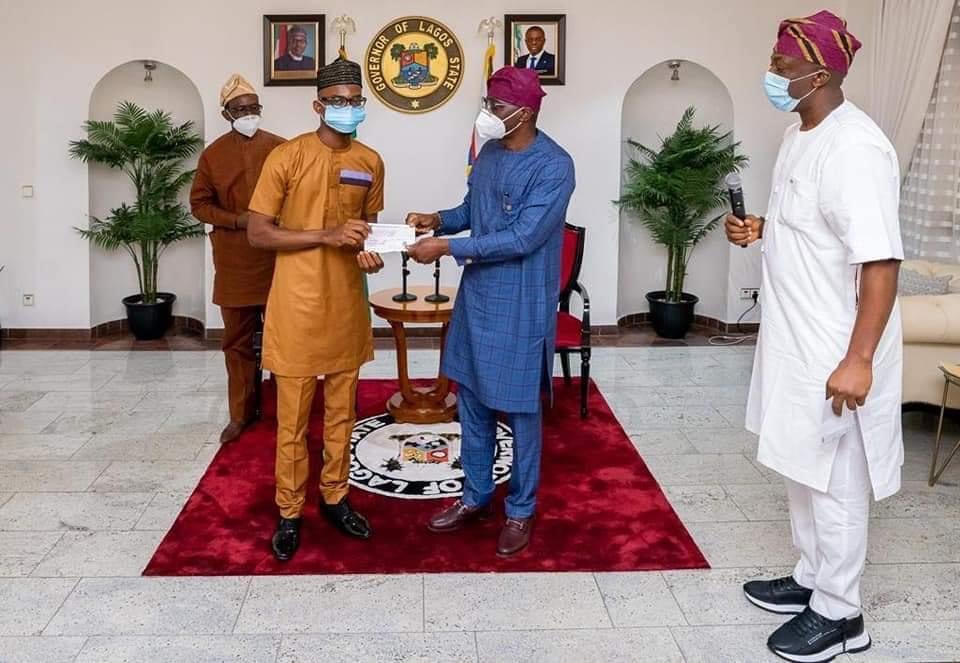 It should be pointed out that the huge investment in infrastructural development in the education sector is very critical to effective learning,

Indeed the quote from the sage Allan Bloom who says; “education is the movement from darkness to light” is indeed the current scenario in Lagos state.

The Sanwoolu government is indeed dispelling the works of darkness in the education sector by heralding a new dawn through its holistic agenda to accelerate infrastructural development in the sector. It should be noted that public schools suffer from environmental degradation and infrastructural kwashiorkor. It has been a pitiable sight as students learn under pathetic and life threatening atmosphere.

However, things have started taking new dimensions when Governor Babajide Sanwoolu ascended the podium of governance in Lagos State. With an irrepressible desire and a gargantuan zeal, Sanwoolu swung into action and today, the tides have indeed changed positively concerning infrastructural decay in public schools. It should be emphasized that the strong focus of the Sanwoolu administration is premised on a strategic blueprint.

This aptly tagged T.H.E.M.E.S. THEMES focuses on Traffic Management, Transport, Health, Environment, Education and Technology. The Education part of this strategic process has received enormous attention with the huge investment in infrastructural development.

To accelerate and actualize the core vision of revamping schools’ infrastructure, Governor Babajide Sanwoolu inaugurated the Special Committee for the Rehabilitation of Public Schools (SCRPS). The committee headed by Mr. Hakeem Smith has since been the veritable channel through which public schools have experienced massive transformation and growth.

The Governor set the stage with the inauguration of SCRPS with the mandate to ensure that public schools are conducive for learning. The Hakeem Smith led committee remains the cynosure of public spectacle as the populace watched in utter astonishment the beautification of public schools in Lagos.

Since its inauguration, SCPRS has rehabilitated close to 150 schools while over 300 classrooms at various stages of completion are being constructed and renovated. Construction of hostel blocks with a target of over 1,000 beddings are also almost completed in the model colleges. According to John Dewey, “Education is not preparation for life. Education is life itself”. This quote sums up the focus of the Sanwoolu administration in creating conductive learning environment for students in public schools.

The facilities that are being installed in the schools attest to the fact that fact that the Lagos State Government is making education a life in its own right for both teachers and students.

State of The Art Furniture

The intervention is not only limited to infrastructural develpemnt but also the provision of modern furniture. The fabrication and supply of dual single composite student benches and tables with underneath compartments for books and bag storage are being supplied to public schools especially to those with furniture deficit.

The provision of state of the art furniture for both students and teachers align with the above that education is life in Lagos State. SCRPS has provided over 100,000 student furniture as part of its intervention in public schools.

Giant stride shave also been made in infusing technology into schools and into the learning process.This is a welcome development in view of the huge role ICT plays in leraning.It is the innate resolve of the Sanwoolu administration to build new schools and incorporate ICT to drive teaching and learning through infrastructural needs.

A critical focus of the transformation in public schools is improving the compentencies and capabilities of teachers through continuous training. The skills of teachers are being updated through modern technology. A total number of 2,500 teachers were trained in scenario planning based on remote leraning,teaching nd classroom co-ordination post COVID.

The governments’ intervention is not only limited to infrastructure but the innovative dimension of security.There is the Security Improvement Programme(SIP).This was introduced especially in the model colleges and boarding schools.

The government factored the critical issue of security into its school infrastructural development project. Some watch towers with alarm belts and perimeter fences in order to enhance security have also been constructed. This is a noble feat as it addresses the concerns of parents about the safety of their children in public schools. This major intervention will also eliminate the insecurity incidences where hoodlums invade schools to cause mayhem and threaten the lives of both students and teachers.

The government should however ensure regular maintenance of the infrastructural facilities. The monitoring of the assigned contractors is also key as the schools have remained in a decrepit sate for too long.

It is expected that the Sanwoolu administration will remain focused in sustaining qualitative education in Lagos State.