Lekan Are: We’ ll miss his wise counsel, contributions to development of Oyo State ~ Ajimobi 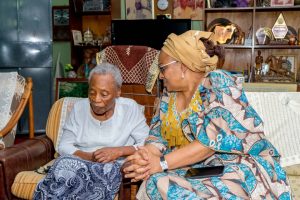 Lekan Are: We’ ll miss his wise counsel, contributions to development of Oyo State— Ajimobi 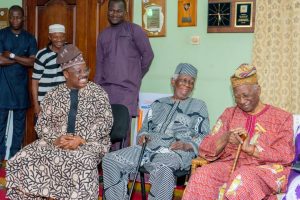 Immediate Past Governor of Oyo State, Senator Abiola Ajimobi has expressed great sadness at the passing away of foremost agronomist, businessman, philanthropist and Chairman of University Press Plc, Dr Lekan Are.

Senator Ajimobi said his death came at a time his wise counsel is still required by the people of Oyo State and Nigerians in general. “ We however take consolation in the fact that he lived a life of service to the people. He has also left indelible prints in the sands of time”, Ajimobi said.

A condolence message by the Spokesman to the former governor Bolaji Tunji, quoting Senator Ajimobi said Dr Are would be missed by all and sundry especially those he had touched through his philanthropic gestures. “His legacies of good work will continue to live after him”, Ajimobi said. 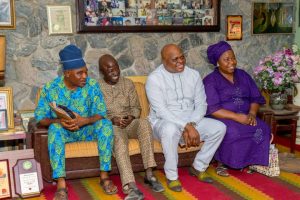 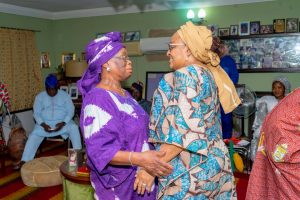 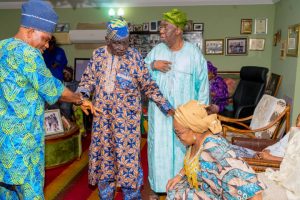 The former Governor said the family should however take consolation in the fact that the late Laguna Bobajiro of Ibadanland lived a good life.

“His contribution to the development of his alma mater, the Government College Ibadan where he was a former chairman of the old boys association, his investment in the health sector in Oyo state and Nigeria are worthy legacies that his family should be proud”.

Senator Ajimobi noted that Dr Are in his lifetime had shown deep concern for the development of Oyo State. “ In this we had always been in agreement and that contributed immensely to the cordial relationship we shared. We pray for the repose of his soul”.