“If we hold down half of the productive segment of our nation on account of culture or other frankly outdated considerations, we are much poorer and much more deprived as a whole.” 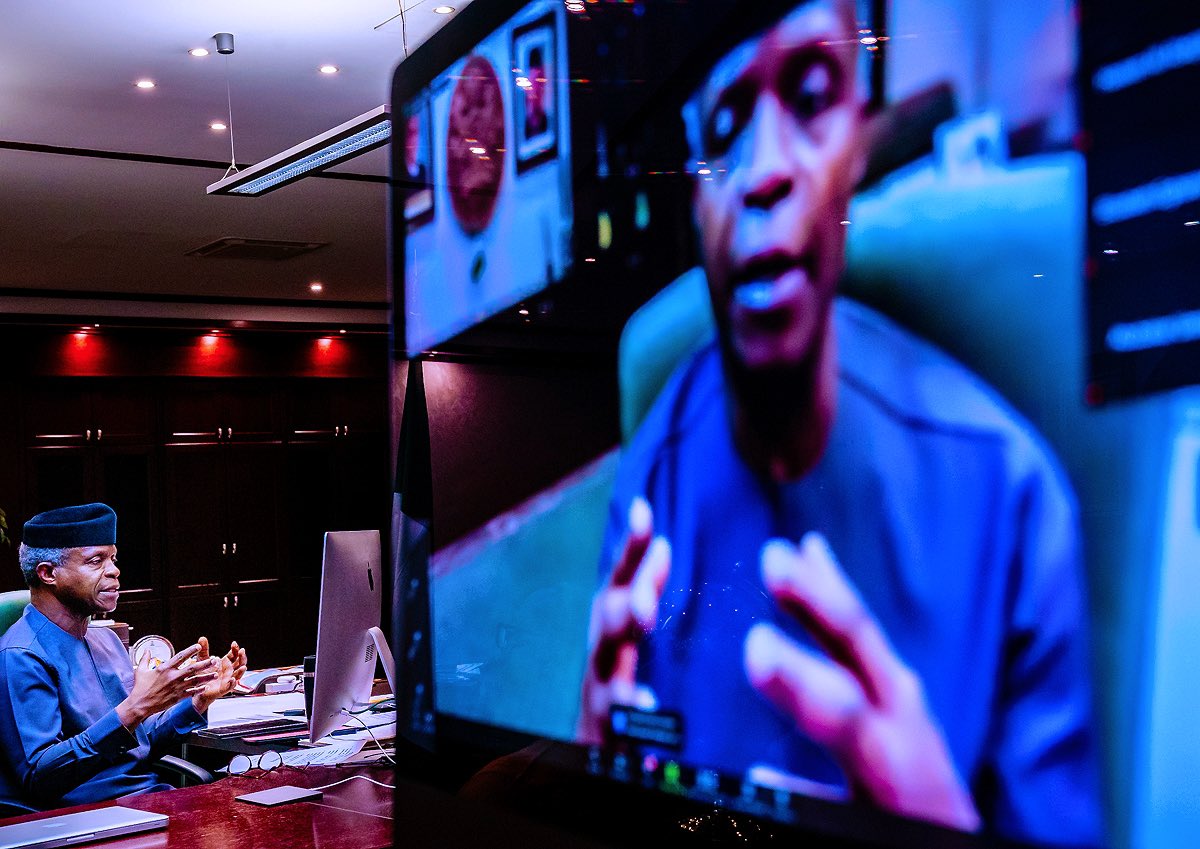 Vice President Yemi Osinbajo believes that “ensuring the education of women and empowering them is an existential issue for Nigeria and the rest of Africa,” otherwise holding women down means holding their societies down.

Mr Osinbajo stated this Monday in a keynote address at a webinar organised by Women In Africa (WIA) in collaboration with the MacArthur Foundation, to mark the 2021 International Women’s Day.

Anchoring his contributions on the theme of the 2021 celebrations “Choose to challenge,” the vice president noted that “a child of a mother who can read is 50 per cent more likely to live past the age of 5. Each additional school year increases a woman’s earning by 20 per cent, 2/3 less maternal deaths if mothers finish primary school.”

“If we hold down half of the productive segment of our nation on account of culture or other frankly outdated considerations, we are much poorer and much more deprived as a whole. We do ourselves a favour by ensuring social and legal equality of women,” he added.

Speaking on correcting stereotypes against women in Africa and other developing societies, the vice president said: “for many generations, women have fought these manifestations of gender inequality. Over time the struggle has been refined to the level of a right to gender equality.”

Explaining further, he said that “the notion that women and men should have the same legal, social and political rights is the public law basis for Feminism. But something has changed in the past few years.”

Highlighting the gains of improving women participation in governance and other aspects of society, the vice president said: “women are now saying that the fight for gender equality is not for women and girls alone, it is also a fight for all fair minded and just men who believe that men and women must have equal rights.”

Describing the reinvigorated campaign for gender equality as the greatest leap of development in contemporary history, Mr Osinbajo said “the campaign is much more important in shaping the future. Men are now being challenged to stand shoulder to shoulder with women in the struggle for gender equality.”

His words: “They are learning that insisting on equal rights for women is an imperative of justice and fairness, an entitlement, a debt owed to women and girls not a gift.

The vice president who advocated for a change not just in laws but in mindsets and conventions, added that this is the basis of the theme, calling everyone to ‘Choose To Challenge’ biases and misconceptions in favour of a more gender inclusive world.

“But I would like to suggest that the most effective challenge that can be mounted is the education of girls,” Prof. Osinbajo submitted.

“There is no question that this is the single most potent game changer in this story. Not only does it provide options for economic empowerment for women, but it also ensures that their own children will be educated, that they will not be married off too early with the attendant health and population implications.”

The vice president then added that the idea of empowering and ensuring the education of women is receiving support at the highest level of governance in Nigeria, citing a strong call from Mr President to governors in 2019 as a worthy example.

Mr Osinbajo said: “the President underscored this point while speaking to governors at the (second term) inauguration of the NEC on the June 20, 2019, when he reminded them that they have the responsibility for primary and secondary education and for ensuring that primary education Is free and compulsory. Citing the relevant laws he said Section 2 of the Compulsory, Free Universal Basic Education Act provides that every Government in Nigeria shall provide free, compulsory and universal basic education for every child of primary and junior secondary school age.”

He added that the Buhari administration has in most of its programmes given priority to women and other vulnerable groups in the society.

Reeling out specific programmes that had women at the fore, he said the Social Investment Programme focused deliberately on giving women more equal opportunities. 56 per cent of beneficiaries of the Government Empowerment and Enterprise Programme or 1.5 million women have been empowered by the TraderMoni and MarketMoni micro-credit schemes.

“This programme in particular has demonstrated the resilience and focus of the women who have been receiving the N5,000 monthly stipend. How they have continued to invest in their’ communities and grow their money.  As at December 2020, they had formed almost 35,000 savings groups in 27 States,” according to the Vice President.

Other speakers at the event include President of the MacArthur Foundation, John Palfrey; CEO of AXA Africa, Hassan El-Shabrawishi; President of Women In Africa Initiative, Hafsat Abiola-Costello, who moderated the discussion, among others.