Osinbajo At 64 : A Worthy Ambassador Of Lagos State – Sanwoolu

Osinbajo At 64 : A Worthy Ambassador Of Lagos State – Sanwoolu 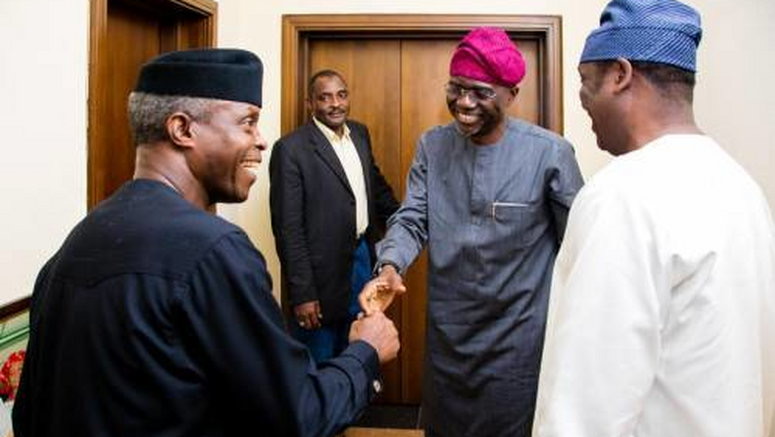 Sanwo-Olu in a statement on Monday by his Chief Press Secretary, Mr Gboyega Akosile, described Osinbajo as a seasoned administrator who has used his skills and positions in different capacities for national growth.

He wished Osinbajo more years of joy and good health for a continued service to the country and humanity as a whole.

On behalf of the good people of Lagos State and my adorable wife, Ibijoke, I heartily congratulate Vice-President Yemi Osinbajo on the occasion of his 64th birthday celebration.

”Prof. Osinbajo has sacrificed the greater part of his adult life in service of our dear state and Nigeria.

”Vice-President Osinbajo’s contributions to the success of the All Progressives Congress, APC-led administration at the federal level is commendable, considering how he is partnering with President Muhammadu Buhari to steer the ship of Nigeria on the right path.

”I also salute his patriotism, doggedness, dedication, commitment and tireless efforts in partnering and working with President Buhari and other critical stakeholders in addressing insecurity, corruption and economic issues in the country.

”Prof. Osinbajo’s leadership of the National Economic Council (NEC), which I belong to, has provided quality direction and synergy between the federal and state governments in addressing major issues affecting millions of Nigerians, as well as working towards the growth and development of the country,” Sanwo-Olu said.

The governor also commended the vice president’s contribution to the growth of Lagos State, especially in the judicial sector during his tenure as the Commissioner for Justice and Attorney-General.

Prof. Osinbajo is a worthy ambassador of Lagos State and we will always be grateful to him for using his legal expertise to take Lagos judiciary to greater heights.

”During his tenure as Attorney-General of our dear State, he fought many battles on behalf of the state and today, we are reaping the fruits of those achievements,” he said.