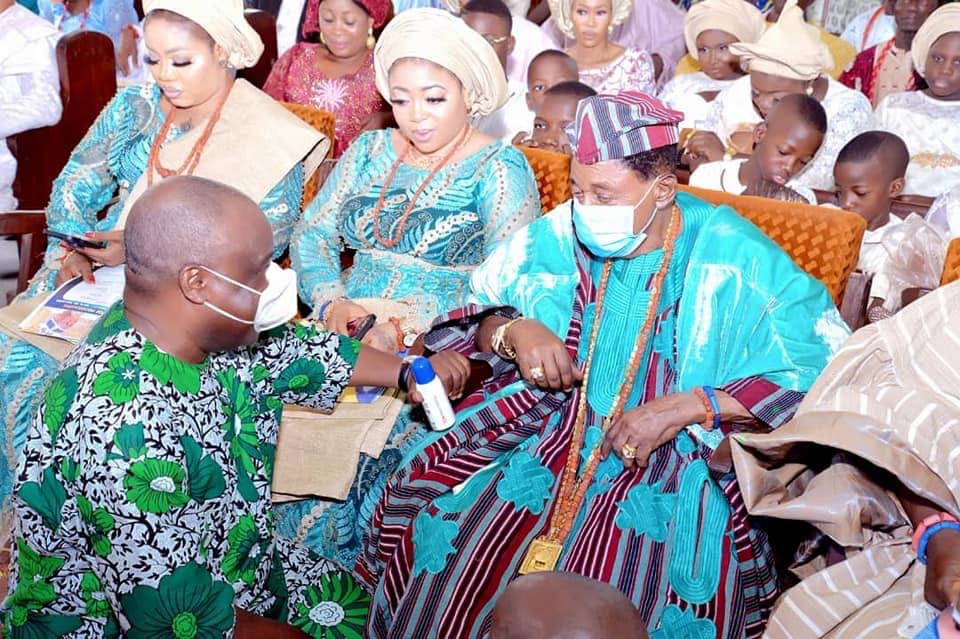 Senator Buhari felicitates with Alaafin of Oyo, His Imperial Majesty, Oba Lamidi Olayiwola Adeyemi IIII on the 50th Anniversary of his ascension to the throne.

In a statement signed on Thursday, Senator Buhari representing Oyo North senatorial district and Chairman Senate Committee on ICT and Cybercrime, added that

“It was like yesterday and now, it’s 50 years. His Imperial Majesty, Oba Lamidi Adeyemi ascended the throne of his father’s.

I join other erudite personalities in celebrating the kabiyesi. During your reign that has spanned half a century, we have witnessed unprecedented growth, not only In Oyo Town but in the whole of the state.

When other royal fathers have become subject of tabloid posts and floundering standards, you have kept the Institution in such impeccable manner. We are proud that you are our royal father!

While I am not in the position to bless the King, I pray that you will live long to rule us all in might, good health and majesty.