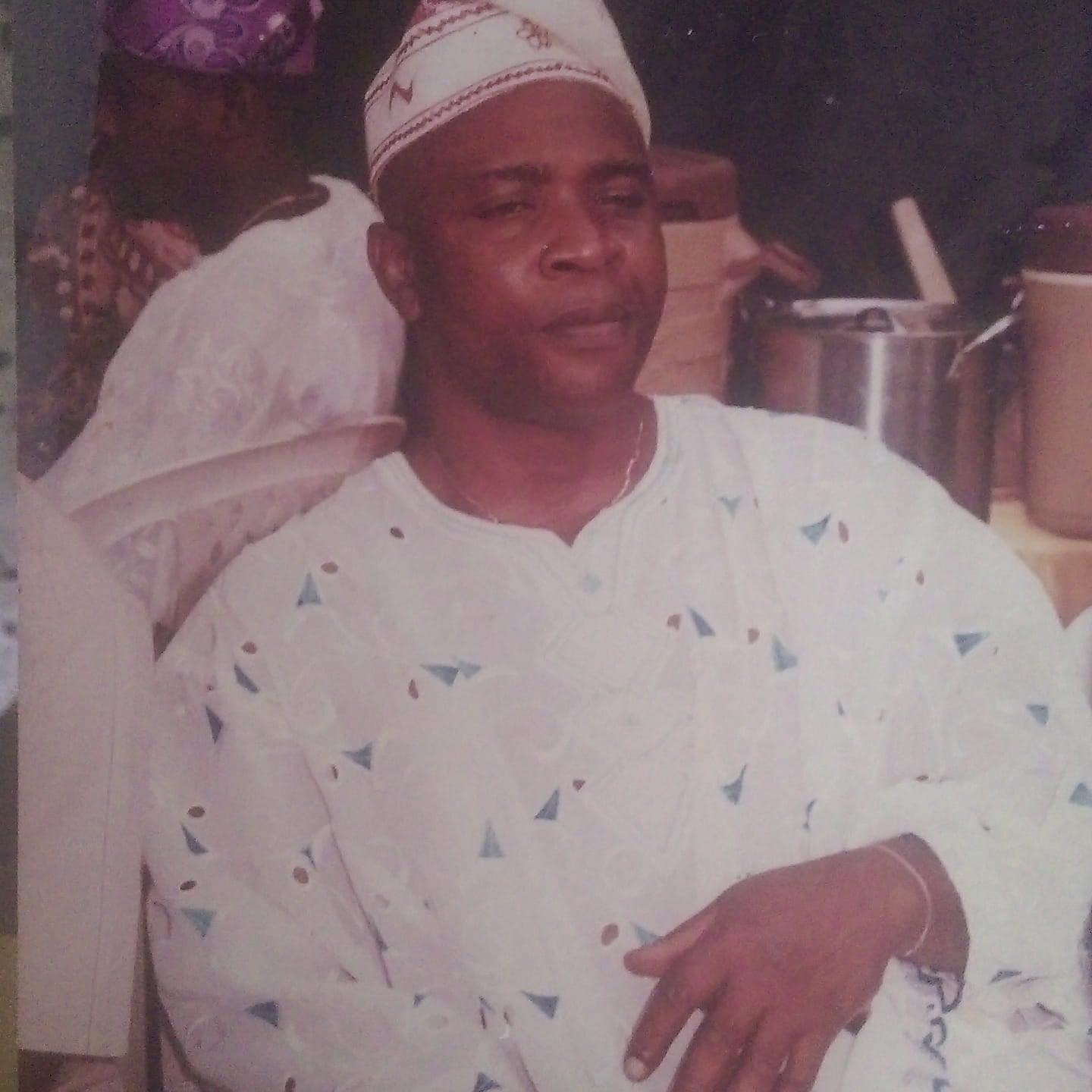 One Bar Yomi Ogunlola took his rabblerousing against the All Progressives Congress and its governorship aspirants to a ridiculous height on the morning of Thursday, 6th May, 2021.

It was on a newspaper review programme anchored by Charity Jerome on Splash 105.5 FM. The analysis of the day’s headlines veered off to the reports of the proposed harmonisation of salaries of the federal civil servants by the Federal Government. The anchor of the programme, Charity Jerome, asked Yomi Ogunlola what his opinion was about the proposed harmonisation of salaries.

Even a dullard would know that Yomi Ogunlola was directing his scathing remarks at Chief Bayo Adelabu, the governorship candidate of the APC in 2019 election, in fulfilment of the hatchet jobs he, Ogunlola, was hired to do against anything APC. Yomi Ogunlola did not start having mouth diarrhoea today. He’s been suffering from the mouth affliction since the governorship tenure of late Senator Abiola Ajimobi who he rableroused against till the former governor breathed his last.

What’s quite worrisome is that Yomi Ogunlola, as a lawyer he said he is, displayed blind ignorance of the difference between a deputy director pursuing civil service career on the basis of promotions and a deputy director based on political appointment, which was the case with Chief Bayo Adelabu. Let’s refresh Ogunlola’s rusted memory that Bayo Adelabu began his accounting career at PriceWaterhouseCoopers, an international firm of chartered accountants and management consultants. While with the international audit firm, Bayo Adelabu led various audit and consultancy engagements for large banks and non-bank financial institutions within and beyond Nigeria. His brilliance as a chartered accountant and management consultant drove

PriceWaterhouseCoopers to second Bayo Adelabu, leading the finance team, to the Central Bank of Nigeria to embark on corporate re-engineering and renewal of the apex bank under the project codenamed ‘Project Eagles’. Chief Bayo Adelabu was at the defunct First Atlantic Bank where he rose to become Financial Controller and Group Head of Risk Management, Chief Inspector and Group Head of National Public Sector Business.

At various times in his career, Bayo Adelabu had worked as West African Regional Head of Finance and Strategy at Standard Chartered Bank with dual offices in Lagos and Accra, and as an Executive Director/Chief Financial Officer, First Bank of Nigeria PLC, a bank reputed to be the largest in Nigeria!

Has Yomi gone senile not to have remembered that Bayo Adelabu was appointed as Deputy Governor, Operations, CBN, by former President Goodluck Jonathan in February, 2014, taking the mantle from Mr Tunde Lemo?

One had to recall these huge accomplishments hardworkingly made by Bayo Adelabu so that Yomi Ogunlola and his sender of misfortunate messages would know that APC is populated by first-class brains. Is it the same Bayo Adelabu, who parades such enviable credentials, that Ogunlola is running his stool-dripping mouth against?

It’s quite shameful that out of several other viable businesses that Bayo Adelabu has huge investments in, it’s only the hospitality aspect the so-called lawyer wanted to lose his sense over. Doesn’t Ogunlola know that Chief Bayo Adelabu is the founder of Bayse One Farms, employing many people and contributing to the agricultural development of Nigeria in general and Oyo state in particular? What about real estates? Even in the hospitality business that Bayo Adelabu runs, many people are gainfully employed in his hotels scattered across Ibadan. Where Yomi Ogunlola’s hypocrisy lies is in the fact that armchair critics like him would readily refer to the ‘heavenly’ Dubai, being the tourist destinations because of the immense investments in hospitality business there. But here’s the same bitter critic condemning hospitality business that a public spirited person has heavily invested in while the presence of the hotels has brought life and sunshine into the areas where his hotels are located.

Having a character like Yomi Ogunlola on radio to spread his gospel of hate and rablerousing is dangerous to our polity. One finds it appalling that Splash FM as an unbiased radio station is still allowing a mindless character like Ogunlola to feature on its newspaper review programme, especially that he never hides his blind partisanship. It’s obvious that Ogunlola’s acting damaging scripts he’s being paid for to paint APC and its aspirants bad before the public while Splash FM is unconsciously aiding and abetting him in his evil mission. The faster Splash FM yanks Yomi Ogunlola off the radio, the better for the station’s known reputation as an upholder of truth and objectivity.