A nostalgic reflection on a valley-town, Okeho, By Tunji Olaopa

A nostalgic reflection on a valley-town, Okeho, By Tunji Olaopa 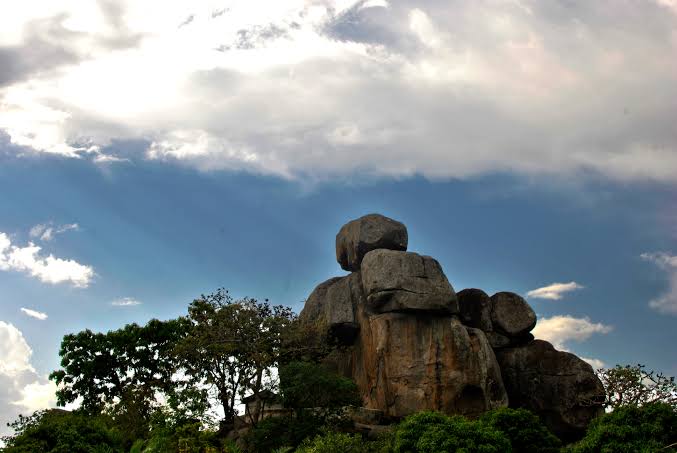 My nostalgia for Okeho, the place of my birth (as distinct from Aawe, my hometown), was re-awakened recently due to a range of concerns. The most recent was the death of my Okeho-born teacher in the Faculty of the Social Sciences, University of Ibadan, Dr. Razaq Olopoenia. The second has to do with some correlate findings during my recent historical exploration while scripting my article on ‘The Historiography of Aawe’, my home town. When, however, I received a complimentary copy of Professor ‘Segun Gbadegesin’s History of Okeho which was specifically published to celebrate the 100th year of the town’s movement to its present location, from my egbon and another Okeho son, Mr. Moyo Ajekigbe, the former MD/CEO of First Bank Plc., I could no more resist the urge to pen this tribute. After reading some part of the book, memories of my youthful formation and experiences growing up in Okeho started to play up. History is powerful memory house, and Professor Gbadegesin’s History of Okeho is one of such history books.​​​​

The book vividly narrates in details the origin of Okeho as a confederation of eleven independent communities, namely Alubo, Bode, Igboje, Ijo, Imoba, Isia, Isemi, Oke-Ogun, Ogan, Olele and Pamo. I can still remember these communities as locations in the town when I was growing up. The book also traced the founding of Okeho partly to the migration of Ojo Oronna, a Prince from Ilaro who had to leave Ilaro to seek a new beginning. It is also very interesting to find out from the book that there had been eighteen (18) Onjos (Obas) till date. This reminds me of the then popular myth of Onjo Anjorin and the famous story we heard as youth that he did not die in the natural sense of the word but mysteriously disappeared. The account of how Onjo Arilesire brought the eleven communities together is a very inspiring part of Okeho history, an example and lesson in the power of unity in diversity and like Asiwaju Bola Ahmed Tinubu was reported to have said during the 100th year celebration, “the celebration is not just about entertainment; [but} a platform to project the image of Okeho in the consciousness of the people within and outside the community and to rekindle the bond of friendship and communality that has always existed among our people.” This is a true testimony about Okeho. ​​​​​​​​​​​

A valley-town situated upon a plateau with incredible serene and beautiful landscape and overall environment that in a saner clime could have attracted huge and extensive tourism investments and creativity. That Okeho has a breathtaking panoramic view and horizon is a memory that I had fondly and repeatedly shared nostalgically with my children over the years. My memories of and nostalgia for Okeho was strengthened by a recent and chance meeting with the reigning Onjo, HRM Oba Rafiu Osuolale Mustapha, Adeitan II, in 2018 at the Alaafin Conference which held at the Ajayi Crowder University, Oyo. Although we did not talk for more than five minutes, it was a loaded and exciting five minutes during which the Onjo literally told me everything about the Olaopas in Okeho. ​​​

Okeho is a unique town and the uniqueness for me, as earlier mentioned, is in the pristine values that has bounded the town together over the years; from the amalgamation of the eleven communities to the peaceful coexistence of various faiths as demonstrated in the triple heritage of the traditional, Christian and Islamic faiths a la Ali Mazrui. Actually, this heritage has characterized many Yoruba towns and cities until recently when religious intolerance seems to be compromising the historic ideals of the Yoruba people. Interestingly, Okeho has successfully held on to this ideal over the years. Also characteristic of Okeho then as it is now, was the peaceful and cordial relationship among the various ethnic groups that lived in the town. I can still remember how at Isale Alubo we were neighbours to the Hausa/Fulani community which had indeed meshed to being Yorubas without losing their culture. We lived peacefully together in an atmosphere where a child was not raised by parents alone but by the whole community in love.

Today, Okeho and the Oke-Ogun area is a melting pot of many tribes and cultures. It is home to many Fulani settlements that have lived there over many generations. Despite the recent spate of header-famer conflicts in the area as in other parts of the country, the people have somehow found a way to manage the crisis. The fact that many of these settlers have become native to this area and have lived together cordially for years should motivate the government to do everything possible and just to find a lasting solution to the problem of killer herdsmen. The peaceful nature of Okeho must be sustained. As professor Segun Gbadegesin notes in Okeho in History, there is need to provoke “the generous spirit of everyone to support the community” and to encourage the “successful experiment in voluntary amalgamation” that set Okeho apart as a unique community and an example to the rest of Nigeria.​​​​​​

Without doubt, these qualities and values impacted my young mind while I was growing up. Of course, I was born in Okeho and lived a significant part of my youth in the town. I grew up at Isale Alubo and had a stint at Okeho-Iganna Grammar School. I can also say that the foundation of my faith received its original building blocks at the First Baptist Church, Ishia. This was made possible by my father’s job as a Sanitary Inspector, which entailed frequent transfers and relocation; he worked and lived in Okeho between 1959, when I was born, and 1974 when we finally relocated to Aawe, our hometown. My father was known at Okeho as Baba wole wole (Sanitary Inspector). I still remember how impressed I was to know that the legendary Reverend Ajayi Crowder was born in Osoogun, somewhere in Oke-Ogun. My curiosity about this fact and persistent request as a young person eventually caused my father to take me to Osoogun through Iseyin on one of our journeys to Aawe just before we eventually relocated in 1974. ​​

At this point I like to pay my tribute to one of the great families of Okeho, and one person who to my young mind then symbolized the many virtues including the resilience of Okeho people; the Olopoenia family. The memory of the incredible success and renown of the great entrepreneur and business Mongol, Alhaji Olopoenia, had a great impression on me as a young lad. I was impressed not just by his industry but also his philanthropic spirit and the many lives he touched. Baba was a great hero of Okeho. It was sad for me, therefore, to receive the sad news of the untimely death of my teacher in the Faculty of the Social Sciences, University of Ibadan, and son of Alhaji Olopoenia, late Dr. Razaq Olopoenia of the department of economics. The first indigene of Okeiho to have a Ph.D. degree, Dr. Olopoenia was a great inspiration to many young sons and daughters of Okeho just as he was to those of us he taught at the University. Professor Lucas, his friend of many years, captured these inspiring qualities when he aptly described the late don as “a quintessential academician, a born teacher and a man deep in the discipline of Economics.” ​​​​​​​​​​

These qualities have bonded me to an expanding network of colleagues and friends who are indigenes of Okeho that I have met over the years. I remember people like Toyin Folorunso (now Mrs. Oloyede), my schoolmate at Okeho, whom I met in the Federal Civil Service among a host of other colleagues. There are friends, sons and daughters of Oke Ogun like Mr. Moyo Ajekigbe, former MD First Bank Plc, Senator Hosea Agboola, Mr. Niyi Otunla, rtd. Accountant General of the Federation, Prof. Adenike Adeyemo, Deputy Vice Chancellor, University of Ibadan, Prof. Deolu Akande, Board Chair, NCC, Hon. Abass Olopoenia, Mrs. Elizabeth Oyedele, Head of Legal and Prosecution at EFCC, Pastor Simeon Ayooluwa, my classmate, based in the US, the Abioduns of Iseyin, Mrs. Adeboyin Oladokun, the banker and politician, not to mention my old teachers such as Alhaji Lekan Salami, the legendary physics teacher and exemplary principal and Prof. Dibu Ojerinde, the first Nigerian professor of education test and measurement, among many others. This bond is growing every day and it reminds me of the outstanding promise to my children to take them on a tour to Okeho someday. ​

Oke-Ogun is the undisputed food basket of not just Oyo State but also of Nigeria and I believe that, for this reason alone, it deserves more development than it has got over the years. The zone is one of the biggest in Oyo State and is blessed with a large landmass suitable for agricultural activities. Without doubt, this area can turn the fortune of Oyo State and the South West by turning it to an agricultural empire. In the area of infrastructural development, Oke-Ogun needs better government attention. Apart from its agricultural potentials, this area is also very rich in mineral deposit which if explored will impact greatly on not just the economic fortune of the people of the area but also of Oyo State and Nigeria at large. Despite these potentials, Oke-Ogun has been strangely neglected. The roads are in bad conditions. I am aware of the Okeho Dam, which was developed many years ago under the Oyo North Agricultural Development Project (ONADEP) and constructed by the Oyo State Agricultural Development Project (OYSADEP). This very important project has been overtaken by bush. It is hoped that the current drive by the Oyo State government to resuscitate water facilities in Oyo State will change the narrative of the project which was conceived to meet the water needs of the eight communities in the Oke-Ogun district.

Beside these, the extremely beautiful topography of Okeho and Oke-Ogun area generally needs to be harnessed for economic benefits. With a landscape dotted and surrounded by lofty mountain grandeur, a breathtaking and panoramic view and horizon, Oke-Ogun is a great tourist destination to invest in. While these hills and mountains served the purpose of defense for the people in the ancient past, making Okeho, for example a natural fortress town, they can and should serve as a great source of wealth to the town and its people today.