Be patient, we ‘ll correct the ills in Oyo education under Makinde, Adelabu assures students, parents 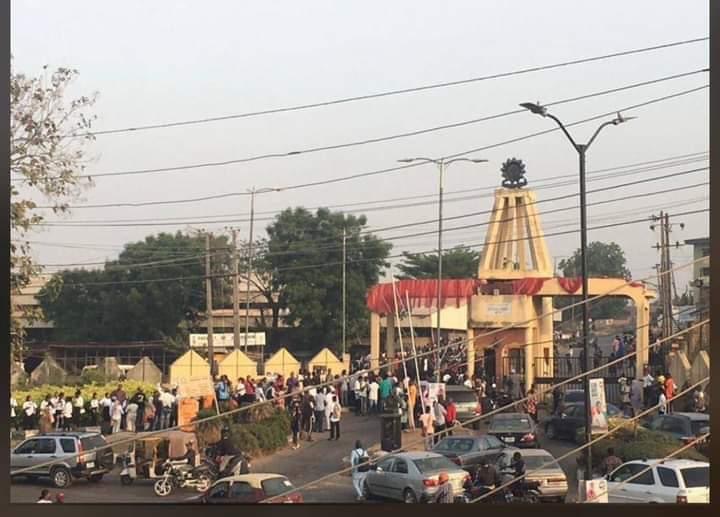 Be patient, we ‘ll correct the ills in Oyo education under Makinde, Adelabu assures students, parents

The Governorship candidate of the Accord Party in Oyo State, Oloye Bayo Adelabu has decried the parlous state of education in the State under the People’s Democratic partyadministration of Governor Seyi Makinde.

Oloye Bayo Adelabu was reacting to the protest embarked upon by the students of The Polytechnic, Ibadan which paralysed activities at the institution today. The students had embarked on protest against the unfair increment in Refusal Fee from N5,000 to N15, 000. The practice at Institution is that fresh and returning students  pay N30,000 for accommodation and a Refusal Fee of N5000 which was arbitrarily increased to N15, 000.

The students are also protesting against the continued distortion of tertiary institution’s management with the introduction of Platinum Consultant to manage the institution. The students noted that the handling of the revenue activities of the institution by the Consultant has rendered the Board of The Polytechnic redundant as they have been rendered powerless. “ They cannot even approve for purchase an ordinary pencil since the Consultant took over”, adding that the increase was done by Governor Makinde’s Consultantwithout notice.

While reacting through his media office, the Bayo AdelabuCampaign Organisation (BACO), the Accord governorship candidate expressed sadness over what had become of education in the state, from primary to tertiary schools, under Governor Seyi Makinde.

He recalled that Oyo State occupied 33rd position on current WAEC ratings due to the lacklustre performance of Governor Seyi Makinde in education. Oloye Adelabu also stated that it was unfortunate that over fifty secondary schools were delisted by WAEC over incidences of examination malpractices which were rife under the watch of the present administration.

Adelabu attributed the misfortunes besetting education in the State to the lip service being paid to education by the SeyiMakinde-administration. BACO noted that the State Government had stopped giving running grants to schools since three years ago on the excuse that secondary school principals did not give account of the running grant they received in 2020. The result of the non provision of funds to schools was that schools could not provide basic educational material needs of teachers and students in the course of teaching and learning.

The governorship candidatec assured the Students and the people of Oyo State of his determination to give priority to education at all levels if he was elected governor of the statein the General election in March. He promised that his administration would create conducive atmosphere for teaching and learning for pupils of primary and secondary schools and students of tertiary schools. He emphasized that education would be qualitative under his watch while educational infrastructures would be provided for the teeming primary, secondary and tertiary schools across the state.