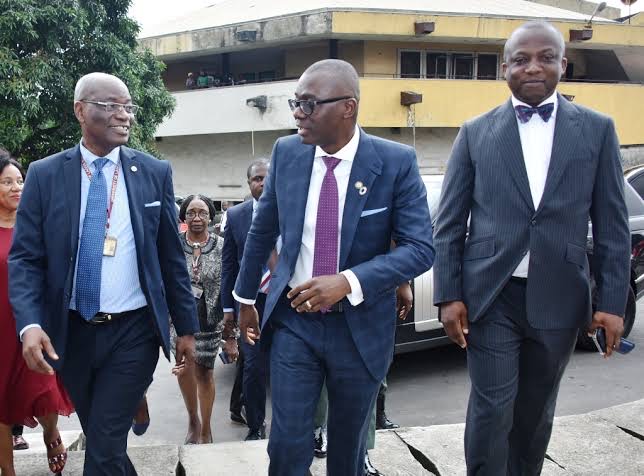 The National Association of Nigerian Students, NANS, has commended the Lagos State Governor, Mr Babajide Sanwo-Olu and his Special Adviser, Education, Mr Tokunbo Wahab, over the disbursement of bursary and scholarship awards to deserving students from the state.

The Southwest Coordinator of the student body, Comrade Kappo Samuel Olawale, Inna statement in Lagos yesterday, said the bursary and scholarship awards would help ameliorate the financial condition of the students.

He noted that the governor and his SA were focused on realising the dream of a Greater Lagos and called for support for the efforts.

“As a savvy administrator whose interest is keenly on developing all sectors in the state, Gov. Babajide Sanwo-Olu has been optimally utilizing the Office of the Special Adviser on Education to reach out to all students in the state since becoming the Governor of the state.

Earlier this week, the leadership of NANS Southwest received with great enthusiasm, the report of the commencement of Lagos State Scholarship Board Bursary disbursement facilitated by the Office of the Special Adviser on Education to students who are indigenes of Lagos State across the country.

“This exercise which is a type of scholarship targeted primarily at providing financial support for students who are not able to cover the cost of their education even with the help of their parents is the most recent evidence of Governor Sanwo-Olu’s soft spot for improved welfare of all students in the state.

“A student bursary helps by giving students money to pay for their tuition, purchase textbooks, materials and feed them. By giving out bursaries, Lagos State students are encouraged to do more with a stable psychological state geared for more productivity and this, we must commend the Governor who is a savvy administrator for having the interest of our subjects at heart and the astuteness of the Special Adviser on Education for putting himself at the service of the entire students in Lagos State.